MEDIC! We need a Medic!

It’s been a week since the August broad core algorithm update was released by Google. Following the release of the third update of the year, little information was shared. Now, however, Google has provided some official information following the aptly named “Medic” update by SEOs.

Earlier this month when the update was announced, we shared a helpful blog which broke down what you could expect from the update. Now that more information has been shared since the release, we thought we’d provide extra details about the update, including an overview of what kind of sites have been affected and how you can improve your rankings if you have experienced drops.

If you’re not completely familiar with what we’re talking about, Google released an update on August 1st with the intention of fine-tuning their algorithm to make search results better for users. This is the third update of 2018 following the two previous updates in March and April.

Although Google stated that there was no ‘clear’ fix for sites that experienced drops as a result of the update, SEO gurus are advised to continue focusing on creating a good customer experience overall by producing quality content which is relevant and useful to users. However, Google does claim that there is nothing wrong with underperforming pages and in fact, Google is simply rewarding pages that were previously seen as “under-rewarded”.

So, who did the update impact?

As this is a global update the simple answer is everyone! From the very niche to global super brands, no one can escape Google’s algorithm. A week in and more information has been released, analysts have dived deep into the update. From their research, they found there was a focus on medical and niche health sites as well as ‘Your Money Your Life Sites’ (YMYL).

Whilst there is no doubt that there is a heavy focus on YMYL sites, data analysts did notice e-commerce, educational and automatic sites shared similar movements.

What Can You Do Following the Update?

This time there isn’t a simple answer as Google claims there is no fix. Now, we understand that isn’t a very helpful answer, but it isn’t all doom and gloom as there are ‘strong’ suggestions to continue working towards making improvements to your website.

Create fresh engaging content, create a better experience for visitors and stick at it because ultimately the next small change can lead to the big positive impact. Finally, you can always speak to us!

Here at Netbiz, we’ve been helping businesses of all sizes realise their potential for online traffic for over a decade now. What’s more, we’re currently offering FREE SEO audits, where we’ll give your site a full run through highlighting the potential for positive change. To see how we can help you, speak to one of our SEO gurus today!

Speak to our SEO experts today 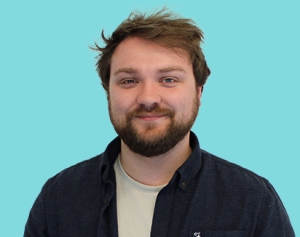