The Google updates just keep on coming! Google announced via Twitter on Wednesday that they are releasing another ‘broad core algorithm update’ this week. The confirmation comes after Webmasters around the world started to notice that some of their click-through rates and rankings had experienced noticeable shifts earlier this week. Just in case you missed Google’s tweet, here’s what they had to say in response to their March update AND the latest August update…

“This week we released a broad core algorithm update, as we do several times per year. Our guidance about such updates remains the same as in March, as we covered here:”

‘Each day, Google usually releases one or more changes designed to improve our results. Some are focused around specific improvements. Some are broad changes. Last week, we released a broad core algorithm update. We do these routinely several times per year…. (1/3)

As with any update, some sites may note drops or gains. There’s nothing wrong with pages that may now perform less well. Instead, it’s that changes to our systems are benefiting pages that were previously under-rewarded…. (2/3)

There’s no “fix” for pages that may perform less well other than to remain focused on building great content. Over time, it may be that your content may rise relative to other pages. (3/3)’

This is the third Google update in 2018 after the two previous updates in March and April. The main aim of the update is to refine current algorithms in order to make search results better for users.

Timeline of 2018 Google Updates So Far…

If you’re concerned about what this means for your site and current rankings, don’t be alarmed as we’re here to help. Here at Netbiz, we offer free SEO audits for websites of all sizes and types to help you to identify any potential improvements that could be made to ensure that your business succeeds online. Our team of dedicated digital marketing gurus can carry out a full SEO audit which includes checking the quality of your onsite content, the quality of your offsite SEO, as well as flagging up any technical issues relating to functionality or performance – both on mobile devices and desktops.

If you’d like to arrange an audit or you’d like to find out more about SEO and how we can help you to grow your online presence, give us a call –  a member of our team will be more than happy to help!

Speak to the SEO experts today 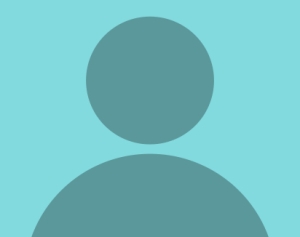