Home » Blog » An Interview with a Web Developer

An Interview with a Web Developer

David Farmer has been part of the Netbiz web development team since its inception almost 15 years ago.

As our Lead Developer and Technical Manager, Dave’s worked on literally hundreds of projects, from small business websites, large bespoke builds and everything in-between.

When’s he’s not playing an integral role in the studio, Dave can be found running marathons, lots of marathons, super marathons in fact, all over the course of a single weekend!

So, as part of the National Coding Week, we managing to pinch a few precious minutes to ask Dave for his thoughts on the industry, why he got into it and how he’s seen it change over the years.

Why did you first get into web development?

I started developing websites around 1999, initially for fun and experimentation, but soon found myself building websites for friends of the family and small local businesses. It soon grew from there and I pursued a career in it.

What would you say has been the most significant change in the industry that you’ve had to adapt to?

There have been three main changes in the industry that I’ve had to adapt to.

The first was probably the switch from developing bespoke web applications in pure PHP to using open source software and frameworks of which there’ve been advantages and disadvantages. The major advantage is time-saving when using pre-built open source code, but the major disadvantage is in security vulnerabilities with known-flaws in the public domain. As open source software continues to grow and become more ‘bloated’, I suspect we may see some industry-wide changes where developers start to realise that finding the right tool for the job is better than a one-fits-all approach.

The second most considerable change the responsive revolution back in around 2011 I think it was. This, of course, affected the design style for a lot of websites and in turn, it encouraged the growth of many CSS frameworks like Bootstrap.

The final, and most considerable change, in my opinion, is probably what we are witnessing now regarding a strong drive from Google, and other search engines, for websites to be lean, content-rich, fast-loading and designed with mobile UX in mind. I think this change will see websites becoming leaner in design, with large banner graphics, carousels, tabs all being replaced by presenting content in a clean and concise manner.

Out of all of the sites you’ve worked on, what’s been the most challenging to build and why?

In 2003 I developed a MySpace’esque Social Network for unsigned bands to create profiles and share their music online. This was a temporary promotion-driven website with a strict deadline and needed to handle MP3 uploads for music streaming which, back then, was pretty new. I was working for a small agency at the time with only 3 members of staff, so creating this was very much a single-handed project with lots of technical unknowns to tackle during the build.
Thankfully, the launch went smoothly and the musicians were able to use the site to promote their material.

If you could name 3 sites that you’re most proud of building, which ones would they be and why?

What are your preferred OpenSource CMS and eCommerce platforms?

What is your biggest pet peeve when it comes to working with other people’s code?

There are lots, but the biggest is when developers do not indent code properly, OR do not automate CSS/JS minification and instead upload the minified files manually!

What common mistakes do you see other developers make within their code?

We recently picked up a selection of projects that were outsourced overseas. These contained a huge volume of spelling errors in the code and variable names which made debugging it difficult.
The most serious bugs were that variables were not escaped properly before saving/updating data in the database, which leaves the site susceptible to hacks.
How do you ensure speed optimisation when building a website?
Always build with caching systems in mind, the fewer database queries that get processed, the faster the website will run and the more traffic it can handle at any one time.

What testing processes do you go through before putting a site live?

We have a comprehensive checklist that we follow for all projects, to ensure we iron out as many bugs as possible prior to launch.

What are the most annoying things you get asked as a web developer?

“Shouldn’t it do that already?”… is probably the most annoying question to be asked, especially when developing using open source software that comes with a pre-defined set of features.
Anything is, of course, possible to add to a system, but as developers – we don’t add features to the platforms based on what people ‘might want’, we only develop additional features that are included in the project specification at the point of sale.
talk to our team of web developers today 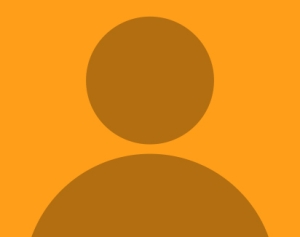